This insurance covers except as excluded by the provisions of Clauses 2, 3, 4 & 5 below, the risks of physical loss or damage to the insured goods caused by

a) i) fire or explosion

b) i) collision with or by the carrying vehicle / railway wagon

In no case shall this insurance cover

2.1 loss damage or expense attributable to willful misconduct of the Assured

2.2 ordinary leakage, ordinary loss in weight or volume, or ordinary wear and tear of the subject-matter insured

2.3 loss damage or expense caused by insufficiency or unsuitability of packing or preparation of the subject-matter insured to withstand the ordinary incidents of the insured transit where such packing or preparation is carried out by the Assured or their employees or prior to the attachment of this insurance (for the purpose of this clause “packing” shall be deemed to include stowage in container, land conveyance or railway wagon and “employees” shall not include independent contractors)

2.4 loss damage or expense proximately caused by delay, even though the delay be caused by a risk insured against

2.5 loss damage or expense caused by inherent vice or nature of the subject-matter insured

2.6 loss damage or expense directly or indirectly caused by or arising from the use any weapon or device employing atomic or nuclear fission and/or fusion or other like reaction or radioactive force or matter

2.7 deliberate damage to or deliberate destruction of the subject-matter insured or any part thereof by the wrongful act of any person or persons

3.1 Unfitness of container or land and/or rail conveyance and/or air conveyance for the safe carriage of the subject matter insured, where loading therein or thereon is carried out Prior to attachment of this insurance or By the Assured or their employees and they are privy to such unfitness at the time of loading

4.1 war civil war revolution rebellion insurrection, or civil strife arising therefrom, or any hostile act by or against a belligerent power

4.2 capture seizure arrest restraint or detainment and the consequences thereof any attempt thereat

4.3 derelict mines bombs or other derelict weapons of war.

In no case shall this insurance cover loss damage or expense

5.3 caused by any act/s or terrorism being an act of any person/s acting on behalf of, or in connection with, any organization/s which carries/carry out activities directed towards the overthrowing or influencing, by force or violence, of any government whether or not legally constituted

5.4 caused by any person acting from a political, ideological or religious motive

5.5 caused by the intervention of government authorities (for e.g. Armed & Paramilitary forces, Police force, Fire Brigade, etc.) in connection with curbing and stopping what are excluded vide Clauses 5.1 to 5.4

6.1 Subject to clause 7 below, this insurance attaches from the time the subject matter insured is first moved in the warehouse or at the place of storage (at the place named in the contract of insurance) for the purpose of the immediate loading into or onto the carrying vehicle or other conveyance “or from the time the courier collects the subject matter insured and Courier Receipt (s) thereof duly issued” for the commencement of transit and continues during the ordinary course of transit including customary transhipment, if any, And terminates either

6.1.1 on completion of unloading from the carrying vehicle or other conveyance in or at the final warehouse or place of storage at the destination named in the contract of insurance, or

6.1.2 on completion of unloading from the carrying vehicle or other conveyance in or at any other warehouse or place of storage, whether prior to or at the destination named in the contract of insurance, which the Assured or their employees elect to use either for storage other than in the ordinary course of transit or for allocation or distribution, or

6.1.3 when the Assured or their employees elect to use any carrying vehicle or other conveyance or any container for storage other than in the ordinary course of transit or

6.1.4 in respect of transits by Rail only or Rail and Road, until expiry of 7 days after arrival of the railway wagon at the final destination railway station, or

6.1.5 in respect of transit by Road only until expiry of 7 days after arrival of the vehicle at the destination town named in the policy

6.1.6 until delivery to the consignee at destination by the courier or on expiry of 7 days after the date of arrival of the subject matter at the destination town named in the policy.

2. Transit by Rail only shall include incidental transit by Road performed by Railway Authorities to or from Railway out Agency.

3. Transit by Air shall include incidental transit by road performed by Airport Authorities to or from Airport.

6.2 This insurance shall remain in force (subject to termination as provided for in clauses 6.1.1 to 6.1.3 above) during delay beyond the control of the Assured, any deviation and forced delivery and during any variation of the transit arising out of / from the exercise of a liberty granted to carriers under the contract of affreightment.

7.1 in order to recover under this insurance the Assured must have an insurable interest in the subject matter insured at the time of loss.

7.2 Subject to 7.1 above, the Assured shall be entitled to recover for insured loss occurring during the period covered by this insurance, notwithstanding that the loss occurred before the contract of insurance was concluded unless the Assured were aware of the loss and the underwriters were not.

8. Not to Inure Clause

8.1 covers the Assured which includes the person claiming indemnity either as the person by or on whose behalf the contract of insurance was effected or as an assignee

8.2 shall not extend to or otherwise benefit the carrier or other bailees.

9.1 to take such measures as may be reasonable for the purpose or averting or minimising such loss and

9.2 to ensure that all rights against carriers, bailees or other third parties are properly preserved and exercised by lodging a monetary claim against railway / road carriers / bailees within six months from the date of railway / lorry receipt or as prescribed by the relevant statute and the underwriters will, in addition to any loss recoverable hereunder, reimburse the Assured for any charges properly and reasonably incurred in pursuance of these duties.

10. Waiver Clause Measures taken by the Assured or the underwriters with the object of saving, protecting or recovering the subject-matter insured shall not be considered as a waiver or acceptance of abandonment or otherwise prejudice the rights of either party.

It is a condition of this insurance that the assured shall act with reasonable despatch in all circumstances within their control.

This insurance is subject to Indian law & practice. 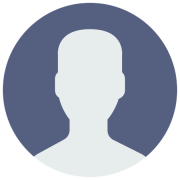 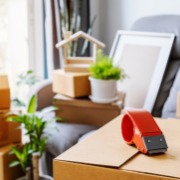 5 Important Questions to Ask Before Hiring a Moving Company 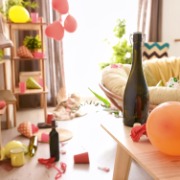 Bon Voyage! 5 Tips for Throwing a Goodbye Party with Friends